So, XCOM 2 just came out this Friday, and I decided to take a look. I had played previous XCOM games, and found them to be fairy enjoyable. Let’s see if the folks at Firaxis have improved on the formula that made the previous game such a hit. 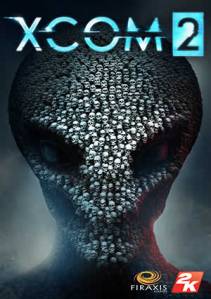 Before I move on to the full review, there are going to be some spoilers for both XCOM 2 and XCOM-Enemy Unknown. So watch out.

In my opinion, the game’s story is one of the weaker parts.

In the first game, you are contacted by aliens who mainly communicate in the forms of murder and kidnapping. Earth’s collective pants are down and it is up to you to gather what meagre resources on the planet, killing as many aliens as possible, all while keeping global panic down to a minimum. The game makes a big deal of Psionic powers, and the plot is essentially that the aliens were looking for perfect beings to replace them. A race that combined body and mind in such a way to rule the universe.

So, to make a long story short, you make a soldier with Psionic abilities, get them to the alien mother-ship, and psionic them away.

I liked that ending, as it was open ended enough to build on a sequel without feeling unfinished. You don’t really know where your brave volunteer actually went (they may have teleported at the last second), and you can hardly claim the entire alien population was aboard that single mother-ship. You could get a retaliation from the alien’s home-planet(s), the volunteer could come back all evil, any number of things could happen.

The sequel, however, goes in a slightly different direction.

According to some stats, most people lost the game first, which honestly is no surprise. Instead of going off of a winning campaign, Firaxis decided to base the sequel off of a losing campaign.

So, XCOM is now fighting as an underground movement in opposition to the 20-years-in-power aliens. Really, I think it was just an excuse to make the player continue to be an underdog. No one is going to say that XCOM shouldn’t have funding after a nearly successful invasion of Earth as a whole, so making the aliens win is the only way of keeping the aliens as the big threat.

So, the game plays very similar to XCOM-EU. A turn based strategy game where you try to place your soldiers in enough cover that they don’t get immediately vaporized by the aliens. Then, you use your ever expanding technology to help outfit your soldiers so they don’t die quite as easily as before. Meanwhile, the aliens are ramping up their threats, as they start to deem you important enough to dedicate real troops to stopping.

One thing that is polarizing to say the least, is the additions of timers.

You see, your overall goal is to stop this “Avatar” project the aliens are working on. No giving away what it is, but you really, really, don’t want them finishing the Avatar project. Of course you can slow them down, by raiding various facilities that you find on the map, but it is just delaying the inevitable. Some people find this is a bit restrictive,  but I find it is able to keep you on your back foot effectively enough.

Timers also exist in the battles themselves. Most skirmishes will have some sort of timer counting down until your demise. Whether it be 12 turns ’till your Skyranger is shot down, or 8 turns till the thing your want self-destructs, or the often maligned “terror” missions with a limited number of civilians. I think that it is definitely needed, for sure, but I feel that the Avatar project and the mission timers are done… inorganically.

When I say inorganically, I am referring to how is if you let a timer run out, you lose. Either the mission or the whole game, it just kicks you to the “you fail” screen. The Avatar project completes itself and you get a little cutscene with a smug looking alien gloating about their victory. Or, you spend one turn too many out in the field and woops, all your troops are stranded and left to die. There is no “game reason” as to why you lose the mission, it is a completely arbitrary thing that happens.

When a game does something inorganic, it harkens to a frustrated parent saying “because I said so” when a child questions them.

“Mr. XCOM, why did all my troops die when I was within pissing distance from the drop zone?” I ask the game.

“Because I said so. Also, your entire game is lost because they completed the Avatar project.” the game replies.

I ask for a reason, and it can only mutter something about reinforcements.

But, all is not lost, for you see, Firaxis in their infinite wisdom has allowed, even encouraged, the free modding of the game. The modding “sdk” is literally a version of VisualStudio, and you get most of the files you could ever want. You can do practically anything you want:

There are already tons of mods out there, from a simple “No Timers” mod that removes mission timers, to a mod that adds a bunch of new units.

The only gripe I have is with the multiplayer. XCOM as a game discourages the offensive, this is a game where a single charging unit can be insta-killed by a couple of units on overwatch.

Charging into battle is likely going to cost you units, while your enemies get a free shot and usually have better cover.

Admittedly, I only played a few games, and each one was spent with me putting my units in cover, my opponent putting theirs in cover, and… that’s it. It would take about 10 turns of careful edging towards the enemy before we even heard of anything.

It felt like if you really wanted to be competitive, the only winning strategy would be to wait for your opponent. That, or have a really gimmicky line-up, which I don’t feel is healthy for the “meta” at all.

I think if you had a sort of objective to capture, something far off yet equidistant from both sides, it would be interesting. Or, you could go with an attack/defence gamemode like in the single player game.

Really, there are tons of ways of encouraging combat, it just kind of sucks that it isn’t there.

Well, there’s my review. XCOM2 is definitely a fun game, and there is a lot to see, but I really, desperately, want them to fix a few fundamental game design flaws.

Also, there are a few game-breaking bugs that are known to occur, and can make playing Ironman, basically removes the option of reloading previous saves, a bit like Russian Roulette. I really hope they do something like Enemy Within and are able to fix a lot of these design flaws.

It feels weird to say this, but other than the foundation, the game is great. I would really recommend it to anyone that wants to get into a more hardcore modding experience, or any fans of XCOM.